Most Stocktonians know the joy of filling out a white, paper sandwich slip and patiently awaiting that first bite of a Podesto’s sandwich.

The satisfying crunch of their locally famous bread, the selection of delicious meats and cheeses, and of course–all the potential fixings you could want, it’s no wonder why the deli at Podesto’s remains a Stockton staple. One of the city’s favorite spots for a quick and tasty lunch, Podesto’s has been serving up some of the Stockton’s most beloved sandwiches since 1982–and that won’t be stopping anytime soon. 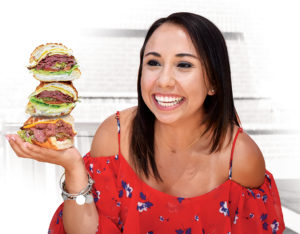 The magic of the Podesto’s deli stems from something quite simple—quality ingredients. Podesto’s owner, Bernie Morgenstern, explains that they continually buy only the highest quality meat, so customers can always count on the flavor they love. While other delis can vary their meat selection based on ease or vendor specials, Podesto’s always stays consistent,  choosing the best-tasting selection for their customers, regardless of price. The same goes for their large selection of cheeses! They source exotic and local artisan cheeses, featuring choices such as Drunken Goat, Fiscalini, Redhawk, and many more–including seasonal selections. And all of their bread, including that famous Podesto’s dutch crunch? It’s baked fresh in-house, every morning.

The sandwiches at the Podesto’s deli are so good, in fact, that their popularity spans beyond students, work-goers, and the average lunch crowd. Each year, the deli puts together a lunch order of 650 bagged lunches for boaters, that include sandwiches, baked goods, and some of the deliciously unique salads that they also offer. That’s a whole lot of sandwiches! 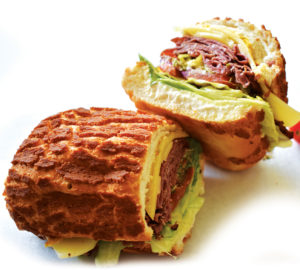 With all of the amazing choices at the deli, deciding what you want can be daunting. If you find yourself stuck on what to order, Bernie suggests his go-to: coppa and teleme on a soft roll, with a scrumptious salad on the side. Yum!

After over 35 years, with generations of people coming to Podesto’s for their midday meal, the deli has become a community favorite for great food, friendly faces, and the best sandwiches in town. Interested in winning Podesto’s sandwiches free for a year? Enter the giveaway and you could be chosen!