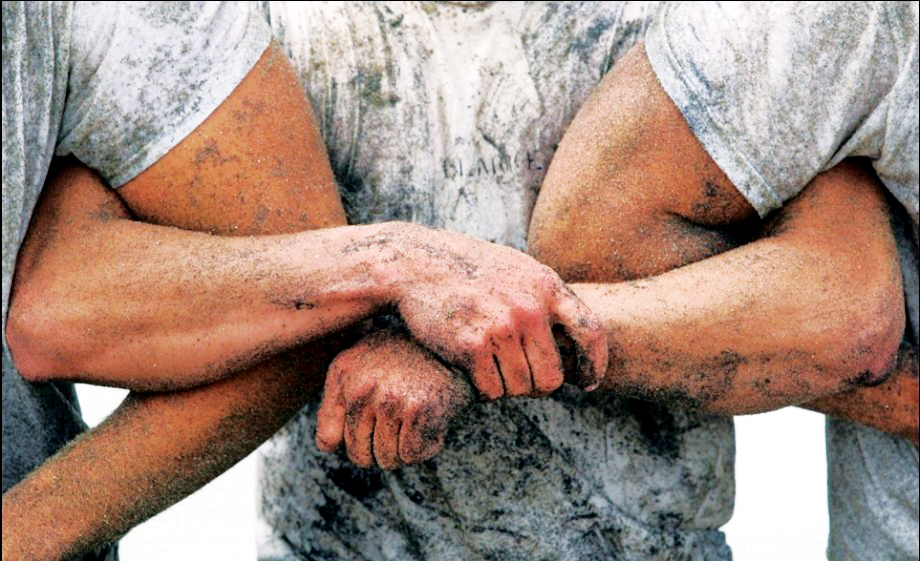 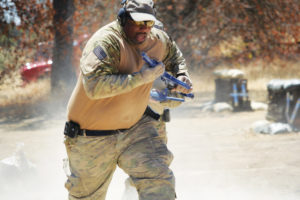 Did you Know that the Global War on terror is the longest running conflict in the History of the American Military? This ongoing campaign, surpassing 17 years now with no apparent end in sight, is being spearheaded by various elements of the Special Operations Community — but on the tip of this spear? The United States Navy SEALs. In your lifetime, you are ten times more likely to meet an NFL Football player in your life than you are to meet an actual Navy Seal — so few, so elite. Que Stockton resident, and Lincoln Center regular Carlo Franzia. As a U.S. Navy SEAL veteran, Franzia served multiple combat deployments as a member of SEAL Team Seven in Operation Iraqi Freedom and Operation Enduring Freedom in areas throughout the Middle East. While his wartime activities and experiences remain classified, there is one thing that is he is quick to share, “As a Navy SEAL, you and your teammates are trained so highly and focused at waging war on the enemy. When the fighting stops, and it’s time to leave your Teammates to come home — transitioning into civilian life with such a highly specialized skill set can be a real challenge.”

Together with his business partner, and lifetime Stockton resident, Mike Nemee, they founded the SEAL FOR A DAY experience in 2012. The concept is simple: create a transitional social platform to employ Veteran SEAL operators to use their unique skill set to train corporate civilians in the team building elements. Implementing safe, competent and confident firearms training that is the staple of all SEAL training curriculums. “This place is a safe and comfortable space for us (team guys) so that we can experience the comradery that we miss from our SEAL teams. Not only are we surrounded by like-minded people, but we also get to share our knowledge by teaching corporate civilians and celebrities the things that are drilled into us over years and years of training,” said Franzia. 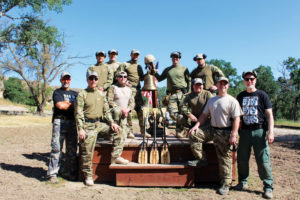 SFAD is an excellent addition to a retired SEALs life because it allows them to continue working in high-intensity situations. Transitioning out of a place of constant camaraderie can be difficult, considering SEALs are few and far between.

At any given time, there are approximately 2,500 active duty SEALs. Out of the thousands who serve in the Navy, approximately 1,000 candidates meet the requirements to participate in Basic Underwater Demolition (BUD/S) Training each year. Only about 25 percent of these recruit’s complete BUD/S to become Navy SEALs. These newly appointed SEALs join the other active duty SEALs, who are dispersed through nine SEAL teams.

While the chances of becoming a Navy SEAL are slim, the number of SEALs who died in combat — nearly one percent — is far smaller than any other military branch. Those who survive are some of the most honorable in the nation. President Trump recently awarded a Medal of Honor to Master Chief Special Warfare Operator Britt Slabinski, a retired member of SEAL Team Six. Slabinski led a reconnaissance team amid direct enemy fire in Afghanistan in 2002. He was recognized for attempting to rescue his wounded teammate on a mountainside. 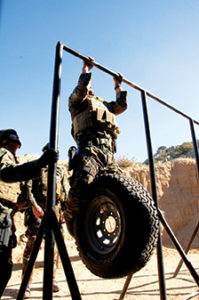 SO YOU WANT TO BE A FROGMAN, EH?

Before becoming Navy SEALs, candidates go through Basic Underwater Demolition/SEAL Training (BUD/S), where they are pushed to the limit physically and mentally. BUD/S consists of five stages: Naval Special Warfare Preparatory School, Basic Orientation, Basic Conditioning, Combat Diving and Land Warfare Training. BUD/S Training gets candidates in the best shape and prepares them for the battlefield. Want to train like a Navy SEAL at home? 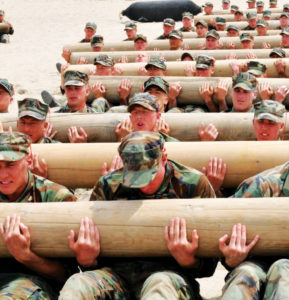 Try some of these BUD/S Training drills:

SEALs sacrifice much of their lives during their career, but SFAD gives them a chance to continue serving in different ways after retirement. The SEALs get to continue practicing their skills while building others’ skill sets. “SFAD allows us to educate and get to know a lot of neat people from all different organizations and businesses. We get to offer a taste of what we went through,” said Franzia.

The SFAD experience isn’t just a place to provide jobs for veteran Navy SEALs; it’s also a fundraising and awareness platform for the Naval Special Warfare community. To date, the SFAD platform has helped raise nearly $1 million for Navy SEAL Families and Gold Star programs. Their celebrity guests have welcomed the opportunity to host gold families and active and veteran SEALs for VIP trips to games for field visits, locker room tours and player meet and greets. SFAD also uses social media to honor fallen SEALs and help maintain their legacy. “There’s nothing more rewarding than to honor those who have made the ultimate sacrifice to ensure our freedom and way of life, and I’m honored and humbled to serve this roster of Hero’s that are part of our SFAD program,” said Nemee. 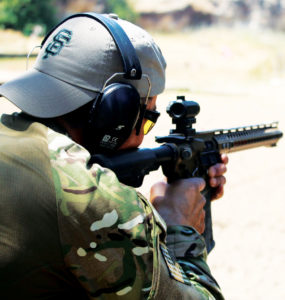 SFAD is so unique; it’s become a regular stomping ground for many celebrity athletes and professional sports teams.  One of SFADs most prominent partnerships is with the San Francisco Giants organization. Several past and present players have experienced SFAD, including Hunter Strickland, Jeremy Affeldt, Matt Duffy and more.

Brian Fuentes, on the cover with Nemee and Franzia, who spent most of his career with the Colorado Rockies, also frequents SFAD. “Doing SFAD has been one of the closest things to pitching in the major leagues I have done since retirement. Getting hands-on instruction in high-intensity situations is something that I will never forget. Seeing the brotherhood that the SEALs have for each other reminds me of my playing days,” said Fuentes.

For former Oakland Athletics pitcher, Dallas Braden, SFAD hits home. The Stockton native compares the feeling of live fire team shooting competitions to the adrenaline rush of a tight ballgame. “SFAD offers you the opportunity to tap into your inner warrior with guidance from our country’s elite warriors,” he said.

These players have opened up doors for continued support of Navy SEALs and their families. Through these partnerships, SFAD brings Navy SEAL Foundation Gold Star families to baseball games, where they get to attend batting practice, meet the players, see the clubhouse and receive pregame honors.