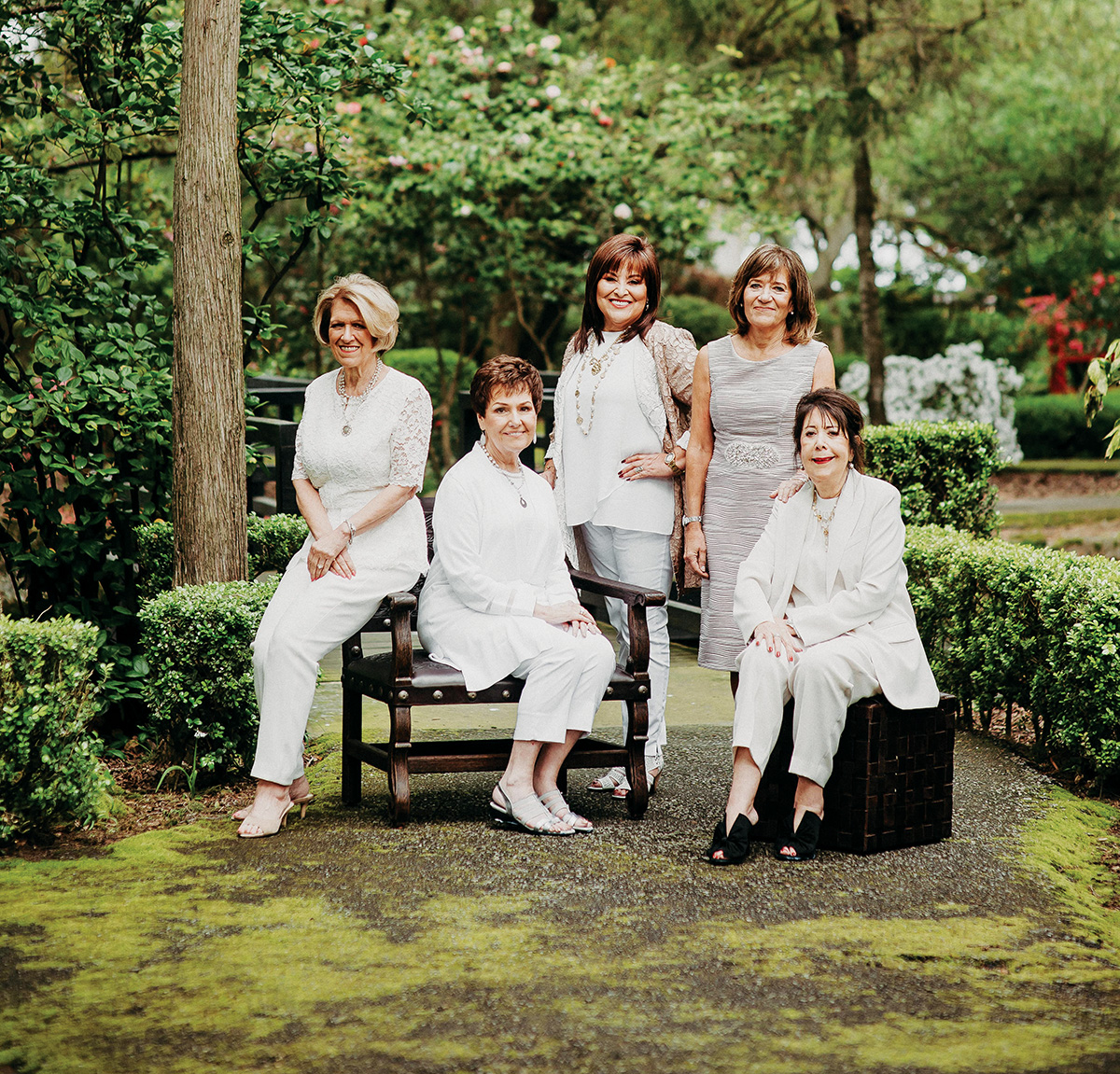 On the cover this month are our Modern Mavens who are leading their legacy in our community and beyond. From medical billing to building homes for those in need, these five women are truly making their mark. From left to right, Jane Butterfield is wearing a beautiful dress from Theadora Boutique, Cyril Seligman is dressed in a beautiful suit and necklaces from FINA, Carol Ornelas is dressed and accessorized in Chico’s, and Leanne Scannavino and Kathy Lagorio Janssen are dressed in Flair Boutique. All shoes are from Dennis Shea Shoes.

Stockton is home to several trailblazing businesses and organizations, and this month we have the pleasure of highlighting five extraordinary women who are responsible for their success. These strong, dynamic women are not only leaders within their respective industries, but proof that hard work and tenacity knows no bounds. They are mothers, grandmothers, philanthropists, community partners, CEOs, and shatterers of the glass ceiling. And thankfully for us, they’re sharing valuable advice they’ve learned along their journey to the top. 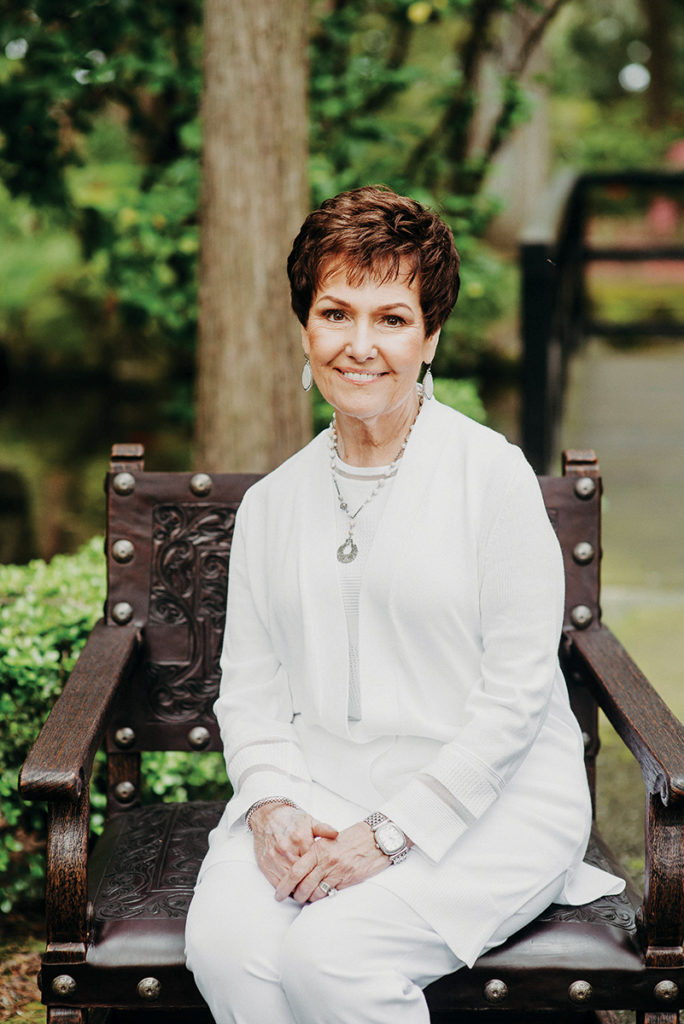 After a 17-year teaching career with Stockton Unified School District, which included a stent as one of the first female presidents of the Stockton Teachers Association, Kathy’s career trajectory made a corporate turn when she started a new role in her family’s offices. And once Kathy entered the business world—she took it by storm. Kathy’s contributions in both business and community are nothing short of extraordinary, and have earned her accolades such as Stocktonian of the Year, the ATHENA Award, the Susan B. Anthony Award, and of course, the position of CEO of all Lagorio Companies, which encompass several farming entities.

Kathy has faced barriers along her journey to the top, but hurdled each with grace. She was initially encouraged to start a career in a trade considered more traditionally feminine and leave her family’s agricultural businesses to her male siblings. Once Kathy took a role in Lagorio Companies, however, her entrepreneurial prowess and business savvy was undeniable. Kathy successfully implemented a computer system in one of their largest companies at the time, Ace Tomato, and in 1985 she launched Lagorio Communications—which she then grew from a start-up to the 5th largest communication company in the nation.

Despite working in a male-dominated industry, Kathy’s Success was unwavering. “It took a while before I was taken seriously,” said Kathy, “but I did my homework and learned the business and gained the respect of customers and people in the industry.”

Kathy’s leadership and ambition bleed equally into her community ties. She has served as Chair of the Board of Regents at University of the Pacific, and continually pours support into a multitude of programs and services dedicated to serving Stockton. And though she is such a continued inspiration to the community, it is from the community that she draws inspiration of her own. “[My role models are] young women who are struggling to balance careers, families and service to the community,” says Kathy. “I’m inspired by so many younger women in our community who are idealistic and want to make changes in the world, while still furthering their careers and nurturing their families.”

Kathy’s advice? “Know your own strengths, be kind to everyone, volunteer to help.” And perhaps most importantly: “Go for it!” 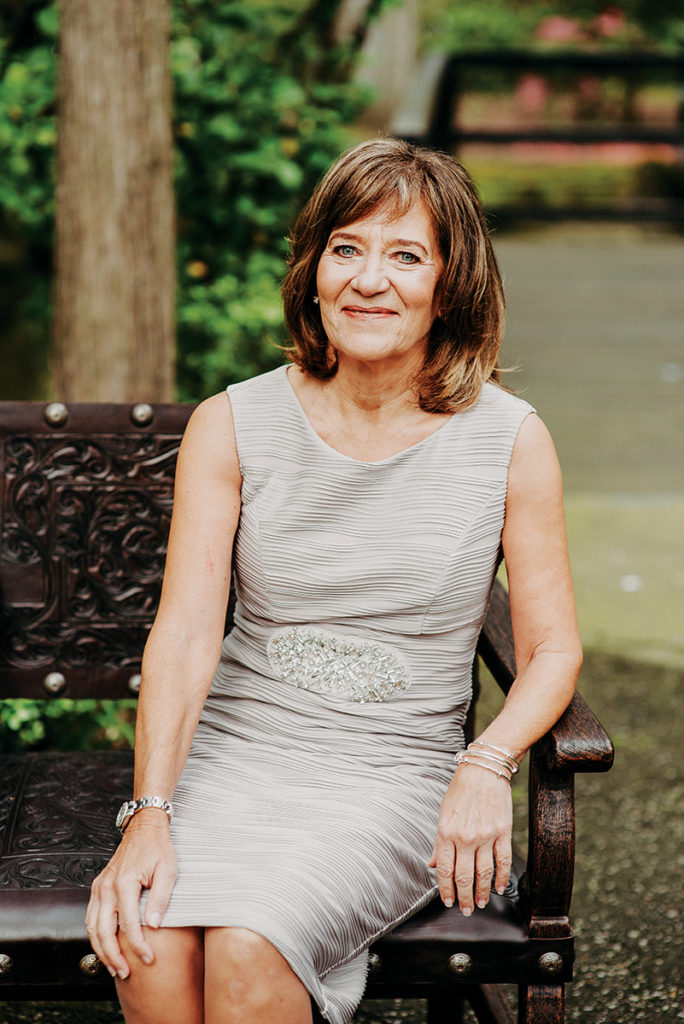 After working as a bank executive for nearly 30 years, Jane now serves as the CEO and President of The Business Council of San Joaquin, a 30-year-old nonprofit organization that strives to maintain and enhance the quality of life in our communities.

Now in a position of extreme leadership, Jane’s path to success didn’t come without its challenges. In fact, during her time in banking, Jane was faced with running a small community bank during Stockton’s terrible recession, all while battling a serious illness and dealing with the passing of her mother—who Jane claims was her biggest role model. “She was courageous, compassionate, fearless and had a deep appreciation for her community,” says Jane. “She too grew up in Stockton, and always had the attitude that I could do anything I wanted to do.”

According to Jane, she emerged from tumultuous times with the awareness that she was much stronger than she realized. She continued to put forth the qualities her mother instilled, and her tenacity and inherited love for Stockton made for a natural transition into her role at the Business Council. Today, she continues to advocate and work hard for the continued improvement of our community.

Jane’s advice? “Work hard and effectively, show enthusiasm and professionalism and treat everyone with respect and dignity. Young women today have amazing opportunities that have only increased from when I was working my way up. …If you find you’re in a position where [being a female puts you at a disadvantage], move on. That disparity shouldn’t be happening in today’s world.” 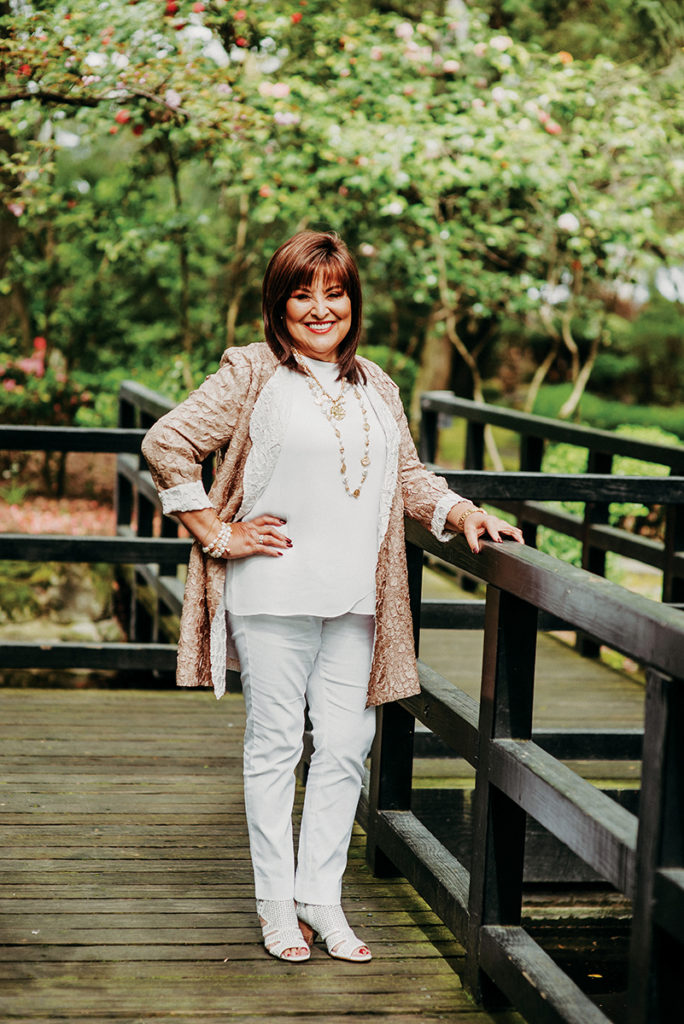 Carol has served as CEO of Visionary Home Builders for over 30 years, developing the nonprofit from a grassroots organization to a nationally acclaimed corporation, dedicated to bettering lives within the communities they serve. “Our vision is a community where every child and adult has access to safe, decent, affordable and educational training and learning opportunities,” said Carol. Under her leadership, Visionary Home Builders has built and rehabilitated over 1200 units of rental housing and more than 500 residential homes for first time homebuyers locally.

Entering the male-dominated field of construction, however, was a challenge for Carol, especially as a minority woman. She was one of the first women to work in construction and be a developer in the county, and was not immediately accepted within the industry. But an intrinsic love for the field and desire to make a difference fueled her fight. She stayed true to herself, learned everything she could, and kept pushing—all the way to the top.

Much of Carol’s passion for her work derived from her childhood, during which her mother tenaciously cared for eight children as a single parent. “Growing up with eight brothers and sisters, my mom had a vision and high expectations for each of her children. She was a really strong role model and taught us that when something isn’t right, you can make it better.”

Carol’s passion for helping others has not only helped drive her to the top of her field, but has secured her role as a prominent leader within the community. She has served on dozens of local boards, and her continued efforts to give back have earned her honors such as the Susan B Anthony Award, Businesswoman of the Year, the ATHENA Award, and numerous others.

Carol’s advice? “Seek out a career you are passionate about. Don’t settle for the expected. As a businesswoman in a male dominated industry, it is passion that has allowed me to keep reaching new goals and persevere when things become challenging. Passion will drive you to unexpected results.“ 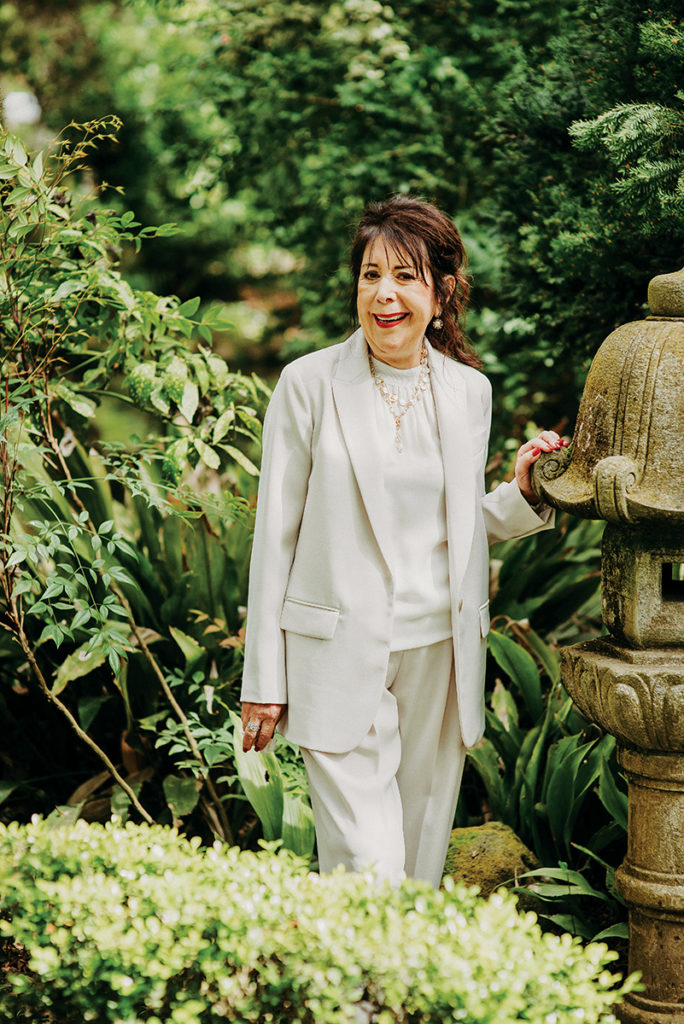 A true force of the business world, Cryril’s career comes with no shortage of success. From being the first female chair of the Stockton Ports Commission, to starting her very own company from the ground up, Cyril has continuously trail-blazed her way to the top. “I have not allowed barriers,” said Cyril. “If you have confidence in yourself, so will others.”

It is with this confidence and can-do attitude that Cyril founded her company, EMMI Physician Services, Inc., of which she is also the President and CEO. The company is a coding, billing and Management company for Physicians, and prides itself on being a large employer of women in San Joaquin County.

Building her own business from scratch is not only one of Cyril’s greatest accomplishments, but something she learned firsthand. Her entrepreneurial gusto was seemingly inherited from her grandmother, whom she credits as her biggest role model. “[She] started her own new and used clothing store during the depression. She needed to feed her large family of six while my grandfather was ‘off chasing’ gold during the Gold rush era.”

Over 30 years since its founding, Cyril continues to run EMMI, which has offices in both California and Colorado, all while staying heavily involved in the community. In addition to taking part in several community organizations and boards, Cyril is a founding member of Advancing Women’s Leadership (AWL), which aims to provide young women with inspirational leaders who will encourage them to reach their dreams.

Cyril’s advice? “Be diligent in your work, attendance, and eager to learn everything about new  industry standards.” 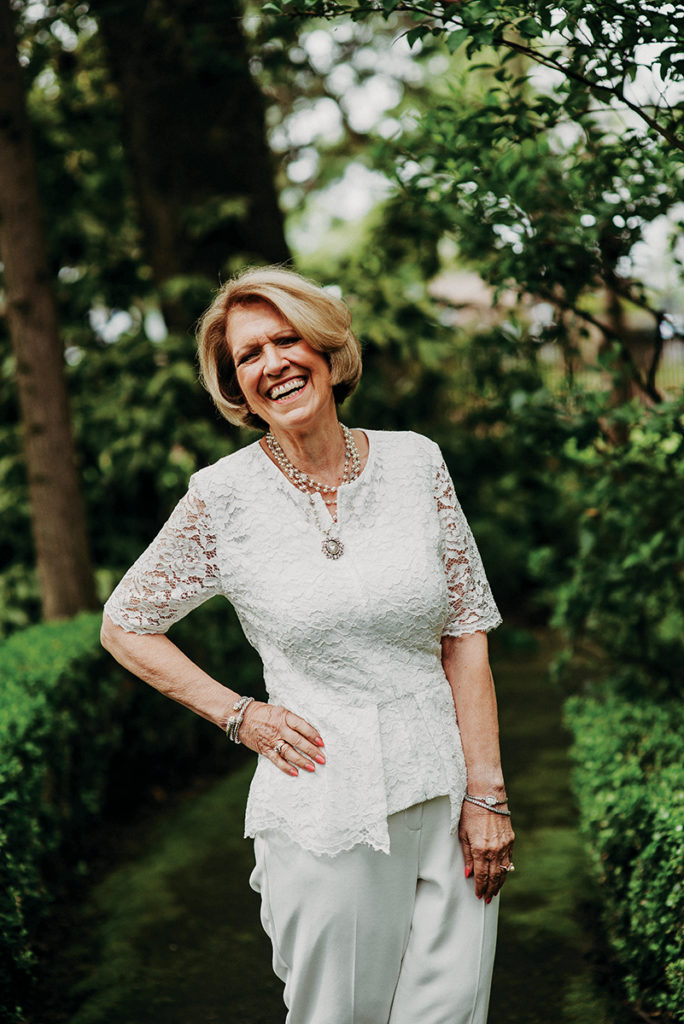 Leanne is President of Cherokee Freight Lines, a national and diversified carrier of food grade commodities. For many years, Leanne worked alongside her husband, who founded the business in 1966. But when her husband passed in 2006, Leanne was faced with sustaining the company on her own. “The impact might have been crippling,” Leanne recalls, but with the help of a dedicated staff, loyal customer base, and strong role models, Leanne persevered. The support and guidance of Leanne’s mother and mother-in-law were particularly influential in her success. “Together, they taught me everything I needed to know about raising a family and running a business.”

With continued grit and hard work, Leanne’s business has not only maintained operations, but continues to flourish as a major transporter in a competitive industry. 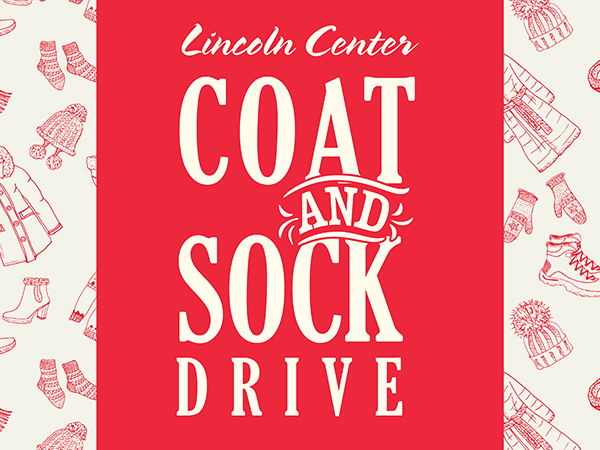 5 ways to refresh your home for fall