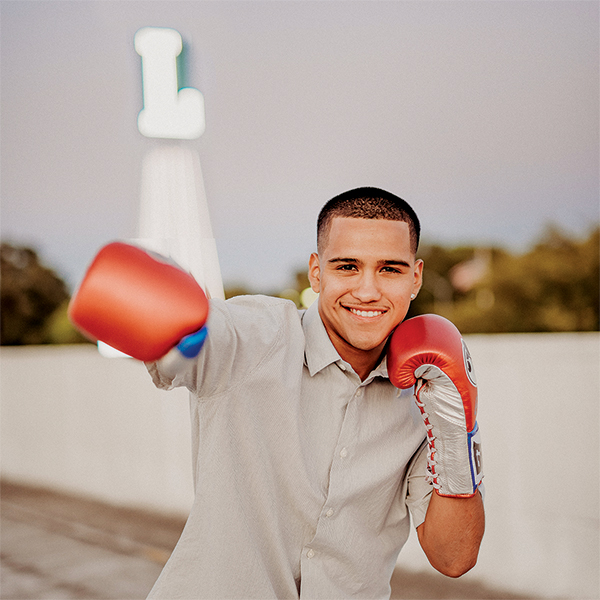 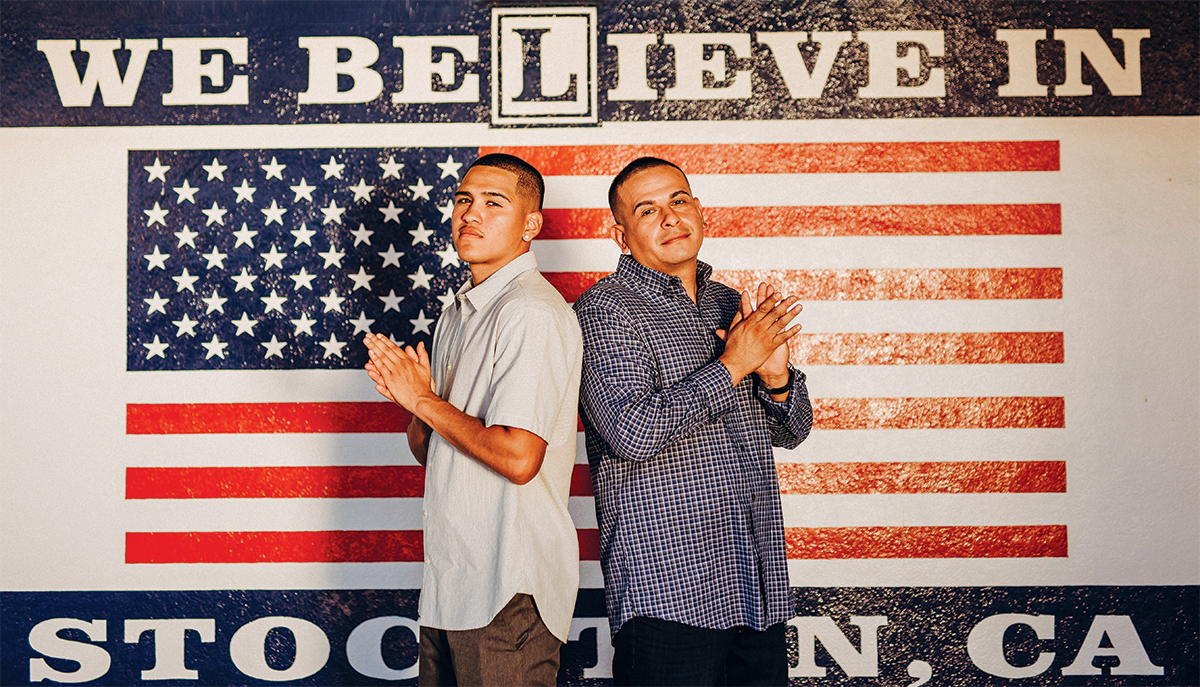 The lightweight fighter, who made his pro debut in 2017, packs quite a punch, shown by his astounding record of 14-0. 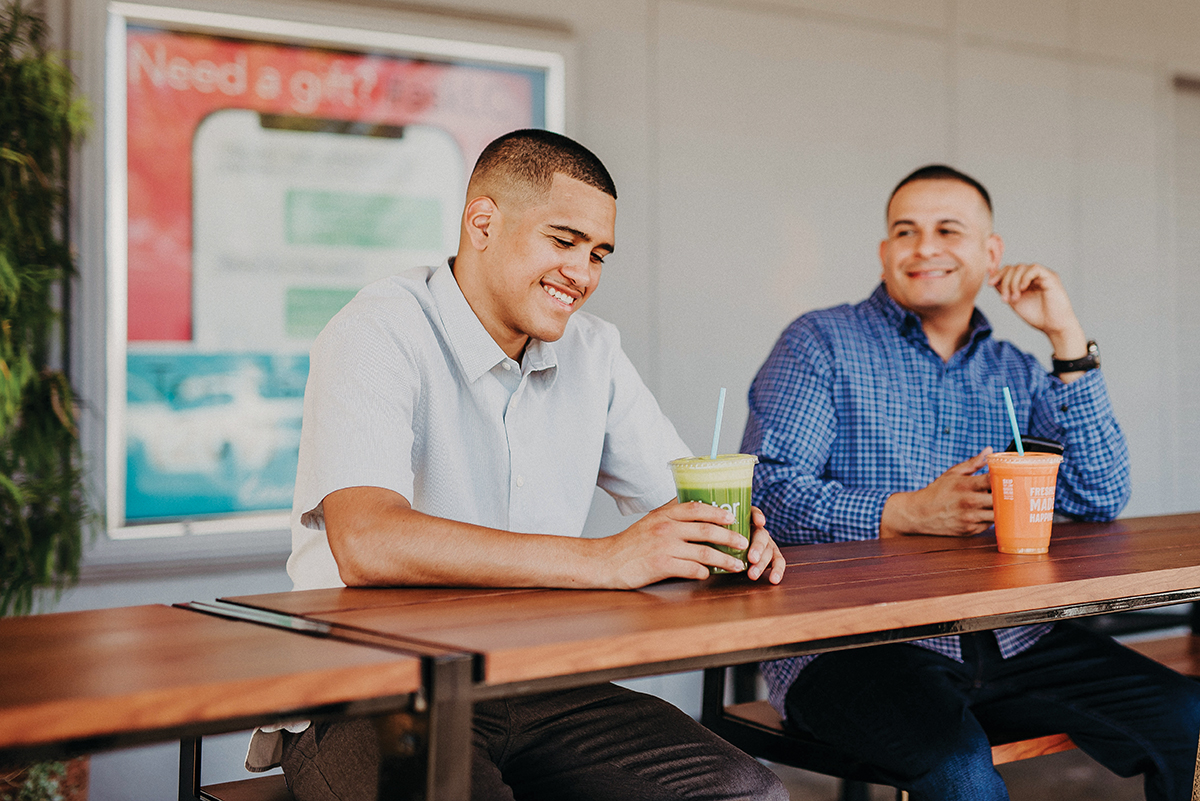 Though the recent Chavez High School graduate is only at the dawn of his career, his passion and natural prowess for the sport is already taking him to great heights. After an incredible amateur run, Gabe was signed to Top Rank at only 16 years old, making him the youngest person that the promotional company- who represents athletes such Manny Pacquiao and Muhammed Ali- has ever signed.

Gabe’s infatuation with the sport started young, as boxing was a fixture within his household. “There are pictures of me at two years old with boxing gloves,” Gabe said with a laugh. Growing up, Gabe and his father would watch boxing together regularly, and the sport quickly became a family affair. After watching his older brother, Rogelio, train with their father, Gabe was inspired to follow in his brother’s footsteps and began boxing at seven years old. Now, Rogelio and his father make up Gabe’s team. 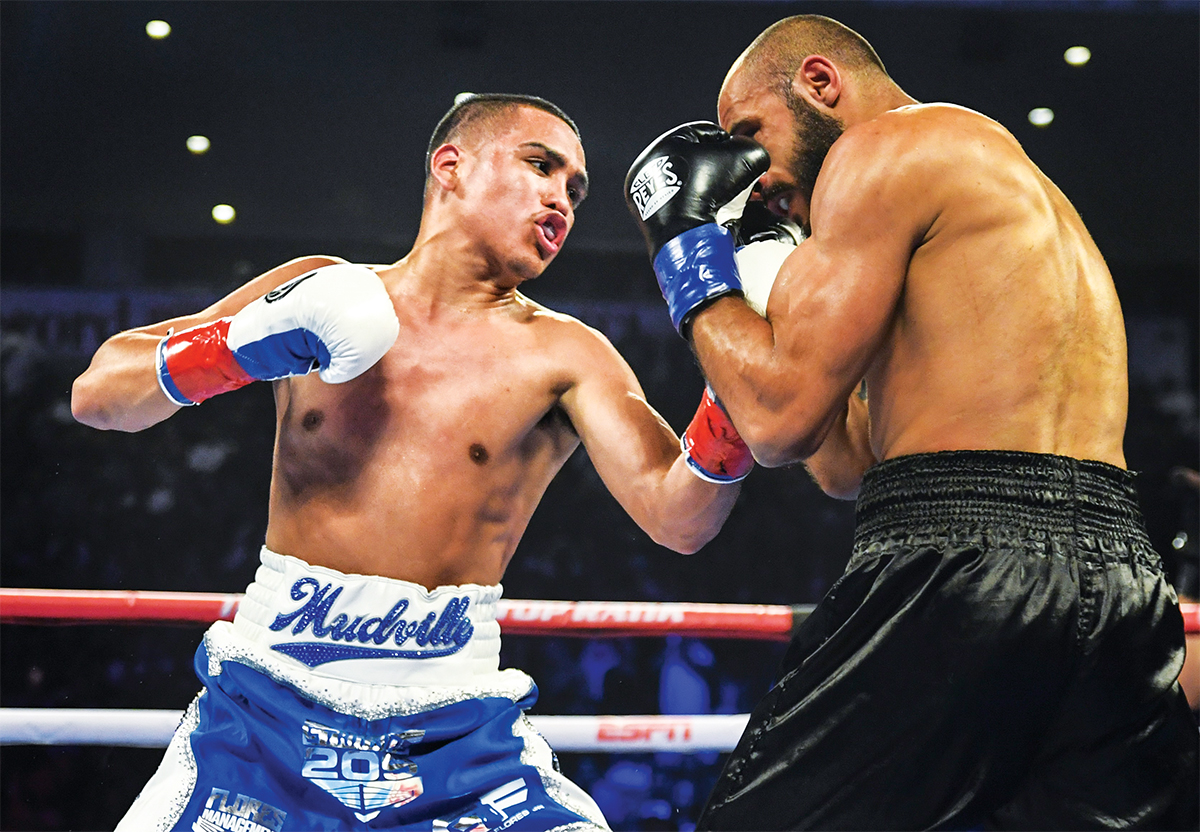 According to Gabe, once he stepped in the ring, there was no going back. “Everything about boxing was something I loved,” he said. “I loved that it was a challenge and that every time I get in that ring something new could happen.” Gabe’s intrinsic love and undeniable dedication has catapulted him up the lightweight rankings—but much of his fight has come from outside the ring. Over the course of his young life, Gabe has witnessed first-hand the devastating effects of gang violence, though none as life-altering as the loss of his mother Juanita Maldonado in 2013, who was shot and killed while attending a child’s birthday party in East Stockton.

Despite this unimaginable tragedy, Gabe has emerged with a positive attitude and unwavering determination. He is driven each day to not only succeed for himself, but to ensure his loved ones are comfortable and that young people in Stockton know exactly what they’re capable of. “I want to be an example to the kids, in showing them they’ve got a lot of opportunities out there,” said Gabe. “A lot of kids in Stockton think their opportunities are really limited, when in reality they’re not at all. I’m a kid born and raised here, I’m just like them. I want to show them that they can do whatever they desire to do.” 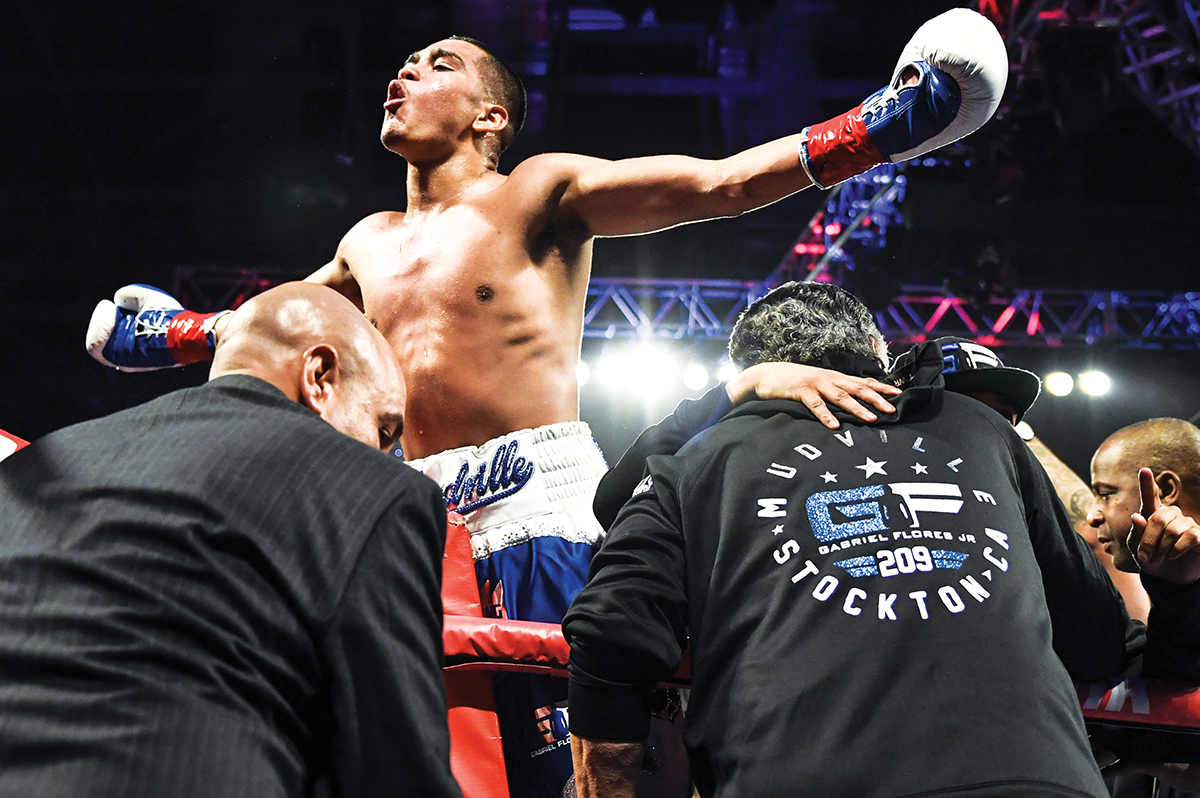 Gabe tries to visit as many kids as he can, often going to flag football games and East Stockton elementary schools to speak with the students. “Even if I get to one kid that’s good enough for me,” said Gabe, “because that’s one life that I’ve changed—that I’ve helped.”

When Gabe isn’t boxing, you can find him golfing at different courses in Stockton, bowling, or hanging out in Lincoln Center. “Lincoln Center is like an everyday thing for me,” said Gabe. “It’s just a really good vibe. We love Nekter, Midgley’s, Papapavlo’s—going to Starbucks and drinking coffee in the morning. My sponsor, Lovotti, is in the Center a lot, and they introduced me to it. We love just being out there. Relaxing, talking, seeing the same regulars—it’s a community.”

And community is extremely important to Gabe. In fact, being from Stockton is not just a stat on his bio, but something on which he prides himself. “It means a lot to me to be from Stockton and represent this city,” said Gabe. “When I fight, when I go out there, I make sure that it’s known that I’m doing it for us, for our city. I wouldn’t be who the person I am if I wasn’t born here. A win for me is a win for Stockton.”

The pride that Gabe pours into our city has been reciprocal, with the 209 rallying in support of this young hometown hero. At Gabe’s last fight at the Stockton Arena- during which he thrilled fans with a third-round knockout of his opponent- nearly 11,000 people showed up in support. Some fans even held signs with his mother’s photo. “It’s really deep. It’s more than them being fans,” said Gabe. “They really know my story and they really care for me. They’re there for me.”

Though Gabe has tens of thousands of fans, his biggest one is by his side day in and day out. “My dad and I are pretty tight,” said Gabe. His father, Gabe Flores Sr., serves as both his coach and manager; and when they’re not in the gym, they’re usually at home talking boxing. Through tragedy and triumph, Flores Sr. remains in his son’s corner in more ways than one, seeing to it that he pushes on with unrelenting tenacity and a laser focus.

With the support of his city and a bright future ahead, this lightweight champ fights with a heavyweight heart—-and is creating a legacy that would surely make his mother proud.