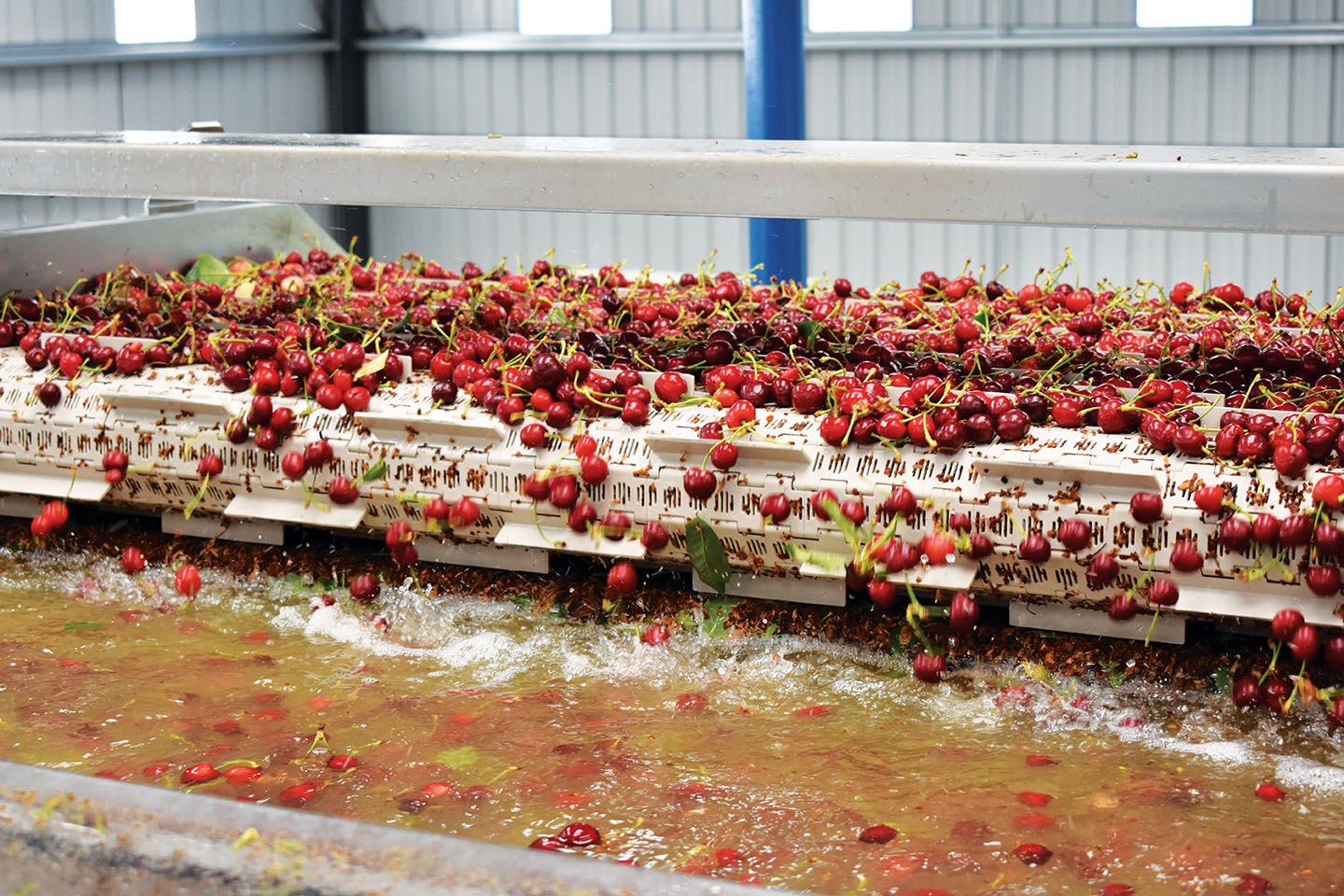 With fruit stands galore, orchard-laden roads, and even a festival in Linden dedicated to them, it should come as no surprise that San Joaquin loves cherries. So much so, in fact, that San Joaquin County is actually the largest producing county for cherries in the state of California! And that’s no small feat! With over 850 growers and 22 packers throughout the state, California produces a whole lot of cherries.

This year alone, there is an estimated upward of 70 million pounds of cherries being harvested between April and June. And while that’s certainly a high number, it doesn’t quite reach the staggeringly high amount that was harvested last year. In 2017, a whopping 172 million pounds of cherries distributed from California alone! Given that the industry’s 5-year average is around 6.7 million 18-lb packages a year, 2017 was truly a standout season.

Rich Sambado of Prima Frutta Packaging company likes to call this short, 45-day season “controlled chaos.” The days consist of non-stop turnover to get the cherries from the trees and into the consumer’s hands—both near and far.

While we reap most of the delicious benefits domestically, San Joaquin’s cherries are enjoyed internationally, with export programs that include Asia-Pacific, Europe, North America, and Latin America. On average, about 40% of the California crop is exported around the world, although the distribution number can vary year by year, depending on how big the season was.

And though the process of growing a cherry seems simple enough—a bud turns into a growing fruit, and from there it is picked and shipped to the local market— there is actually so much that factors into the creation of a great cherry. For starters, weather is everything.

In a grower’s mind, the cherry trees need a decent number of chilling hours throughout winter, and over the last 5-6 years, winters have been more on the warmer side. Tom Gotelli, Plant Manager of O-G Packing tells us that “this winter we didn’t achieve the optimum number of chilling hours, in addition to the deep cold spell in February and rain during the 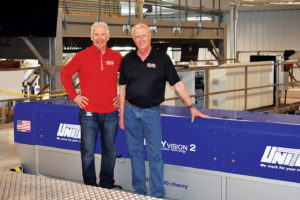 blooms in March. With all that combined, we think that’s what made for a lesser crop.” Gotelli also went on to tell us, however, that cherries are alternate bearing fruit — meaning one year is a very big crop, while the next will be smaller.

At Morada Produce, Scott Brown boasts of their environmental sustainability as a pack house. A green certified business in every line of their operations from environmental, social and financial consolidations — a great example is all of the water used in the packing shed is reused to water the walnut acres. For cherries, being the delicate fruit that they are, the handling of a cherry from tree to package must be done with extreme care. 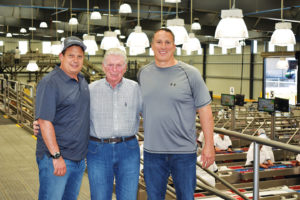 And for cherries having such a short shelf-life, it’s also important to get the cherries to their destination, not only safely, but quickly. Because of this, the packing process has grown immensely with technology over the last few years.

When a cherry comes into Prima Frutta, O-G Packing or Morada Produce for packaging, they are immediately testing for 5 attributes: the size of the cherry, the firmness, the bricks (sweetness), the temperature (whether it’s sat out in the field too long), and the stem thickness— which can determine the freshness of the cherry and, in turn, determine the shelf life for the consumer. When the cherries arrive from the growers they are assigned with a lot number. From there, cherries are put through the cluster cutter which makes sure the stems are individualized to get ready for the optic sizer. The optic sizer is a new machine developed in 2013, taking up to 33 photos a minute of one cherry. The goal of the optic sizer is to detect the softness of the cherry at an earlier state, allowing for less labor along the process. Once the cherries have been photographed, they undergo a hydro cooling process which chills the cherries at 33 degrees before they’re placed in the packing boxes and prepared to ship domestic and international.

And that my friends, is how a cherry gets from the orchard to your table! 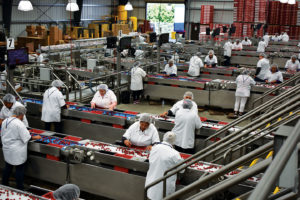